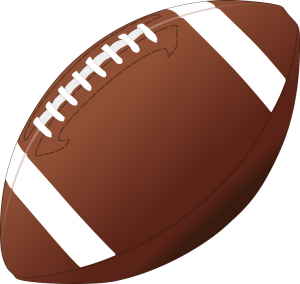 The big weekend is here.  The celebrated Peyton Manning will be playing for his second Super Bowl ring against the MVP-favorite Cam Newton in Super Bowl 50! Even if you don’t have a team you’re rooting for, it’s a time to get together with friends and family for delicious, totally-worth-all-the-calories food, yummy drinks and hilarious commercials.  The problem?  It’s a SUNDAY night.  If you’re one of the 147.7 million people in the US employed, this just does not make sense.  Who came up with that idea, anyway??  [Monday Morning] Did my alarm get louder and more annoying on its own or is it just me?   It’s that time again, and the last thing you want to do is head into the office, but the inevitable is awaiting.  So what’s your plan for surviving Monday after the Super Bowl? If you don’t have one yet, don’t panic.  There’s still time to prepare, and we are here to help!  Here;s what we suggest to make your Monday morning just a little more bearable (maybe even productive!)

The game will probably end by about 9:30pm. Sweet! You can get to bed early, right? Wrong.  You won’t be finished once the game is.  What about the post-game celebrations and interviews or the season premieres on afterwards?  More importantly, whose going to finish the keg?! Yeah, it’s going to be a late night.  How we recommend you minimize the morning grogginess is by scheduling a nap somewhere in the middle of your daytime party preparation.  A nice little power nap may make all the difference later as your friends linger around after the game and your bedtime gets increasingly later and later.

In terms of eating, the tortoise will definitely win this one.  We know how it all starts.  You wait to eat thinking, “I’ll just enjoy this drink first,” while simply picking at the chips and salsa.  Then it’s ok, maybe I’ll make a plate.  Those ribs do smell good… that’s when the flood gates open.  It’s hard to contain yourself once the buffalo wings, queso dip, pizza and football-shaped brownies take over your sensations.   Try a new strategy to avoid the Monday morning food hangover.  Explore the apps for the first quarter or so then move into the main course around halftime, then check out those desserts sometime in the second half.  The more you pace yourself, the better chance you won’t splurge on that 4th brownie because you’ll give your body a chance to digest and process all the deliciousness it’s already consumed.  The result? No restless sleep caused by sugar overload or difficult, regretful morning to follow.

Yes, out of the beverages at a Super Bowl party, water probably isn’t very high on your list.  I’m not suggesting water be your only drink for the night, but maybe try the good old trick of alternating water between your drink of choice to help minimize the hangover, whether it be sugar induced or the real deal.  It’ll help you stay hydrated, while allowing you to still enjoy all your favorite aspects (alcohol) the Super Bowl has to offer.  But yes, your days of college shotgunning are over… sorry for the bad news.

The best advice yet.  Just take a personal day.  Even if you follow our suggestions to a tee, who really wants to be at work on a Monday anyway? There’s a good chance you won’t be at your best, not to mention you’d simply be part of 16.5 million Americans who day they won’t be in the office either, so no harm, no foul 🙂

After the Game on Monday:

So if taking a day off isn’t an option and you have to find a way to get through the workday, we have some more suggestions.  It may not help you be productive, but it will get you through to 5pm.  Here it is:

1) Detox.  We all know you probably didn’t listen and ate your face off during the game.  Today is the day to enjoy some green tea, stick to non-greasy foods, maybe even hit the gym or do some lunges or push-ups in the middle of the office (no one else is in there anyway, right?) to make yourself feel a little better.  Continuing the splurge with fatty leftovers will only make you more tired and your afternoon more brutal than it has to be.

2) Relive the Humor. Google the craziest game screw-ups and commercials from the night before; anything you may have missed or simply want to watch over and over.  There’s a good chance you’ll keep yourself entertained for a while.

3) Puppy Bowl.  Chances are with all your party planning and game preparation, you didn’t get to watch the Puppy Bowl in full.  Well here’s your chance! Even if it’s just the highlights, it’s a sure way to kill at least a half hour.

4) Start Planning Ahead. So all those commercials was definitely some awesome movie trailers, TV show previews, delicious restaurant advertisements, etc.  So what better way to make the most of your Monday than to start a plan of attack for all the ones that sparked your interest.  Make a wish list of everything you want to see and do, so you have lots to look forward to!